On set inside the miniature model by Human Dynamo Workshop. 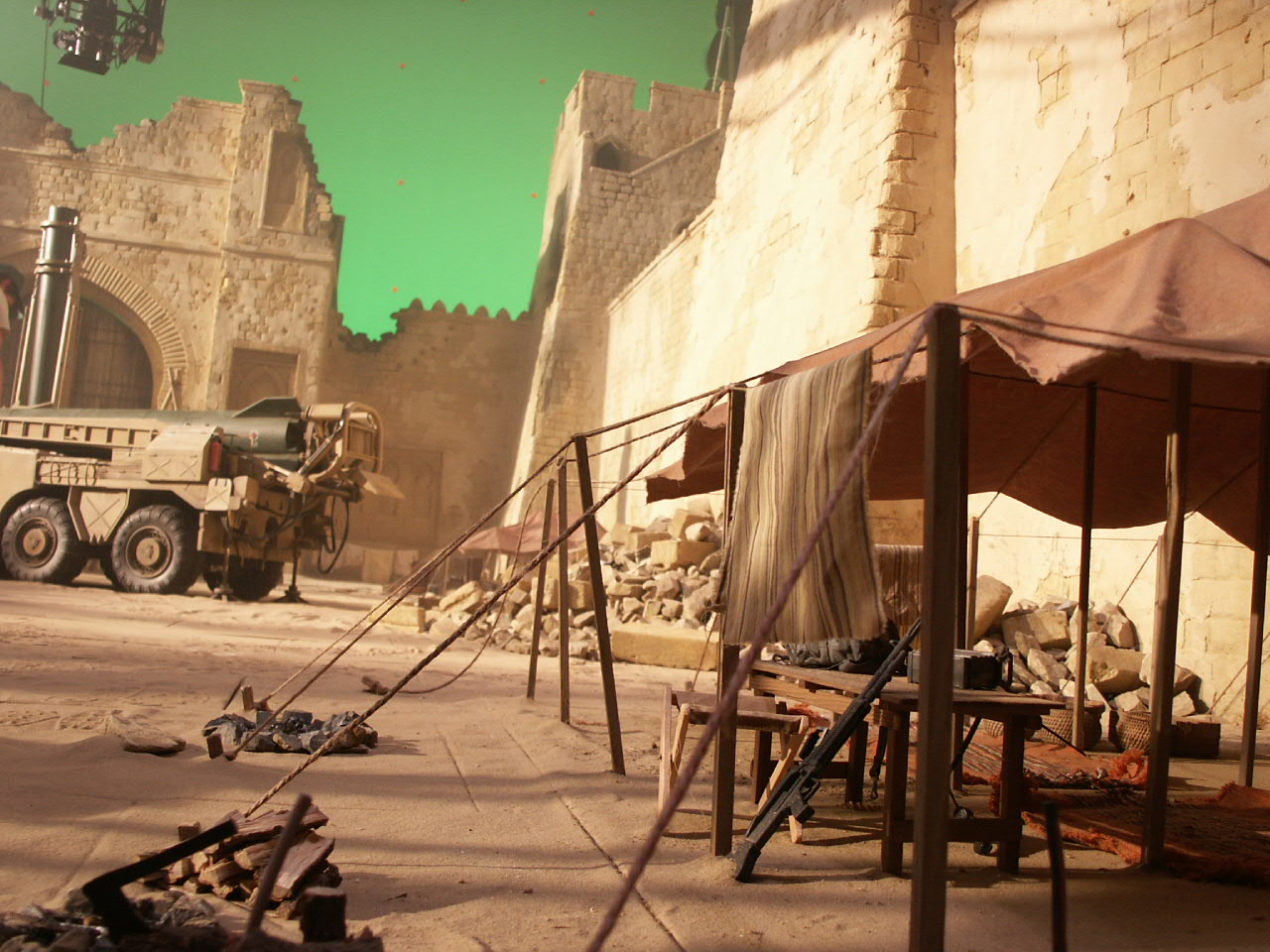 In 2005 Human Dynamo Workshop made a set of beautiful miniature models for the film Stealth. The set was an ancient middle eastern fortress being used by modern soldiers as a base and to house scud missile launchers. The whole set was rigged to explode for a scene which features in the film.